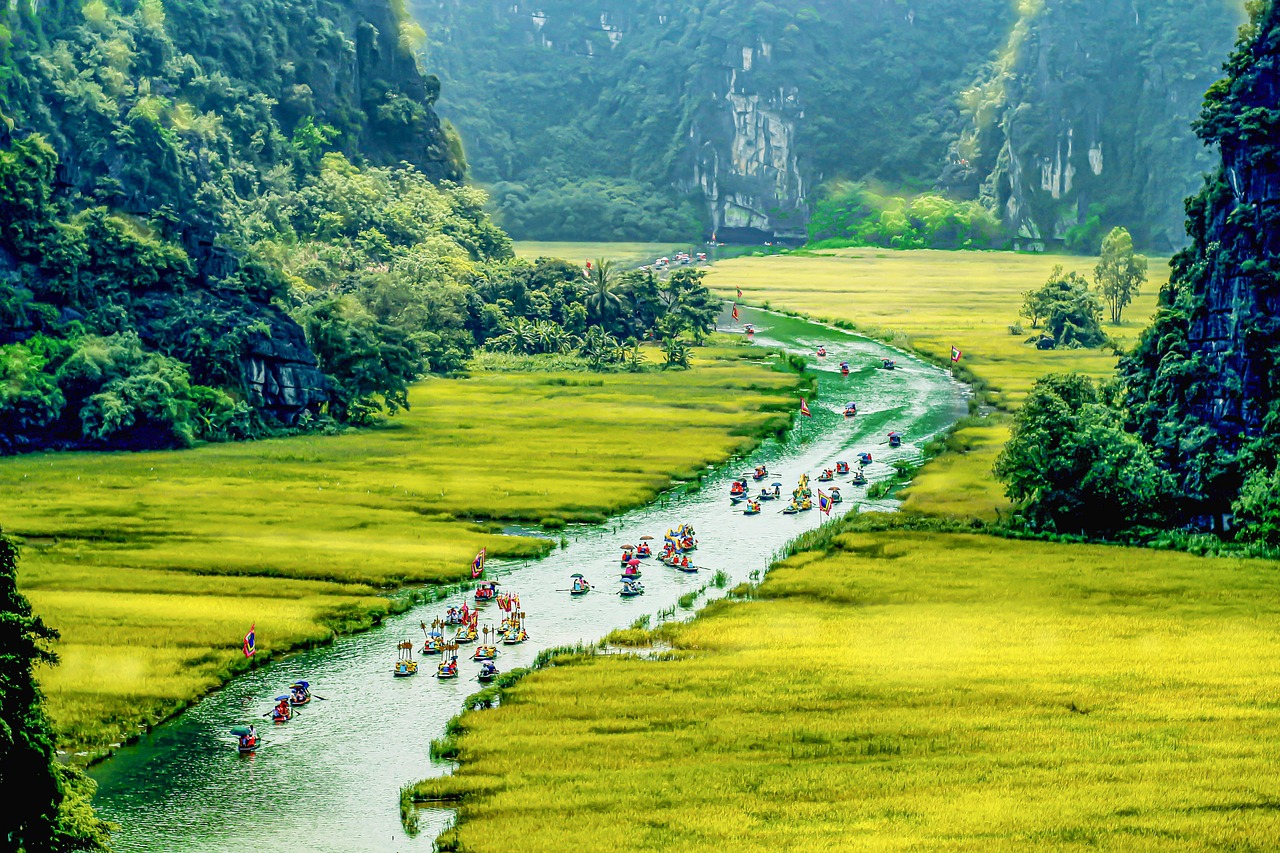 Located in Ninh Binh Tam Coc is one of Vietnam’s most popular tourist destinations. It consists of a series of caves that can be visited by boat, usually with a local guide. The area is very beautiful and there are more than a few nice hikes and great views to enjoy. If you want to smoke a joint while enjoying nature, it should not be too hard, but keep in mind that cannabis is not legal in Vietnam. Keep on reading for our guide to Weed in Tam Coc:

Marijuana is illegal in Vietnam and it falls under the same legal qualification as harder drugs like cocaine and heroin. Like in other countries in the region, the laws in the books are very strict when it comes to narcotics, with the death penalty being a possibility for traffickers. That being said, the reality is much less harsh and if you are caught smoking a joint you can expect to only get a fine, or have to pay a bribe, and you will be fine. There are many people that get arrested for drugs in Vietnam, but it is usually aimed at harder drugs and smugglers, and not tourists smoking a joint on the beach.

Overall, there isn’t too much to worry about when dealing with weed in Vietnam, but you should still be smart about it and not smoke out in public and in crowded areas. Try not to get caught and if you do, have some cash handy.

Getting weed in Tam Coc

As you can probably guess, the laws aren’t super well enforced, so finding weed in Tam Coc shouldn’t be too hard. There are cafes where weed is sold, pretty much in the open, similar to a dispensary. We prefer not to name them here, but if you ask around in any hostel, people will be able to tell you. The other option is taxi/scooter drivers. They can be shady at times but can hook you up. Don’t expect great quality weed, however.

Check out our weed guides to Bali and Budapest