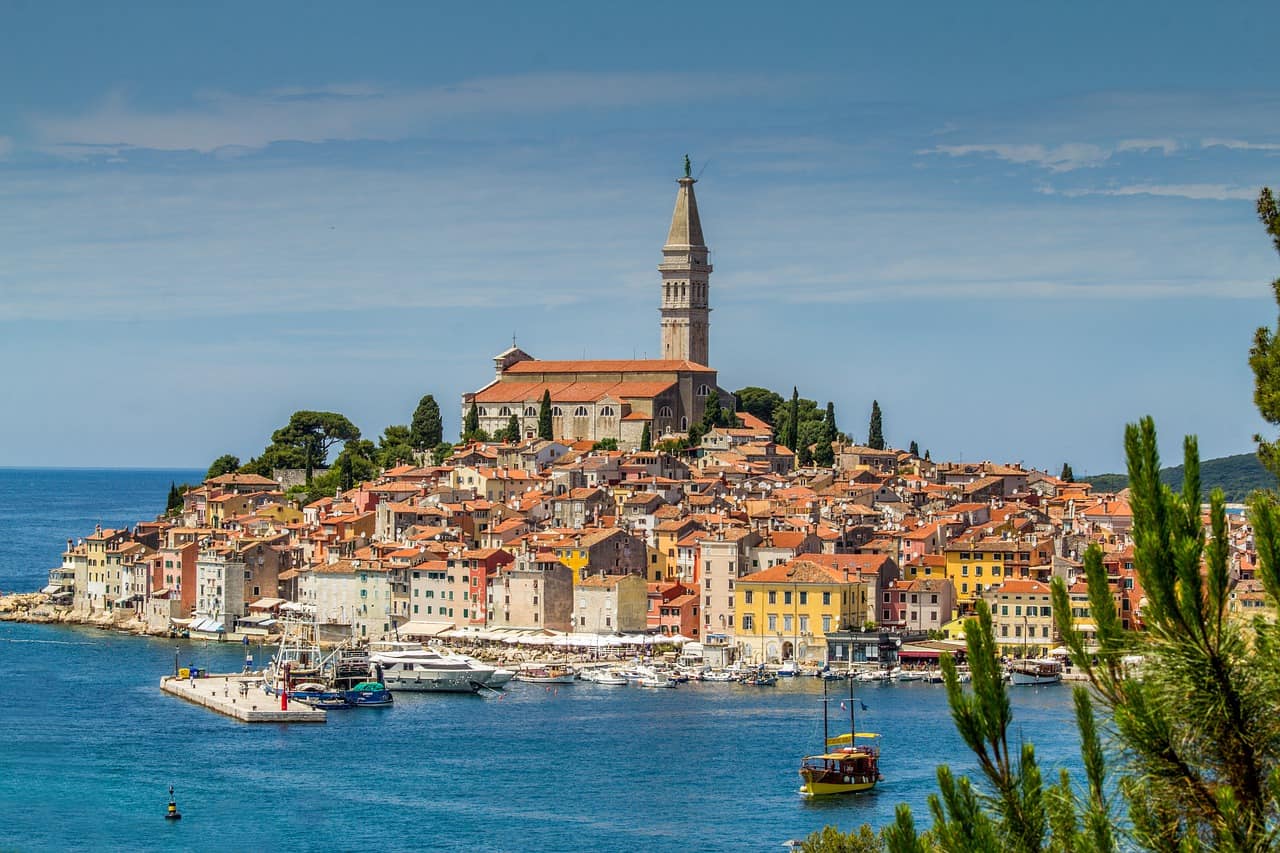 Rovinj or Rovigno is located in Istria, Croatia. The city and the surrounding area have a rich history and deep historic ties with Italy, which is why you might mistakenly think you are in Italy, once you arrive. Sadly Croatian cannabis laws are not nearly as liberal as the Italian ones and weed can be quite hard to find in Rovinj. Exploring the city, the beaches and the local cuisine, while high is a great experience, however, and totally recommended.

Cannabis laws in Croatia are quite harsh when compared to those in other countries in the European Union. Marijuana is considered a light drug by the government, but still growing and selling it is considered a felony and can land you in prison for a minimum of 3 years. Luckily possession of small amounts of cannabis meant for personal use is decriminalized, meaning you will not go to prison, but receive a fine instead. The fines are very high however, ranging from $800-$3500 depending on the circumstances.

Cannabis is regulated quite strictly in Croatia, so you should definitely exercise caution if you do decide to smoke weed in Rovinj. Keep in mind that the police, as well as many of the older people, still view cannabis very negatively.

It can be quite hard for foreigners to find weed in Rovinj as it is a fairly small city. You will have a better look in big cities like Zagreb and Split or party places like Hvar. If your trip takes you to one of those spots, try to look for weed there. In Rovinj, you might still find some, but it won’t be as easy. Try asking young Croatians, like waiters, as many of them do smoke. Usually, a gram is 10 euros, but as a tourist, you should expect to pay more.