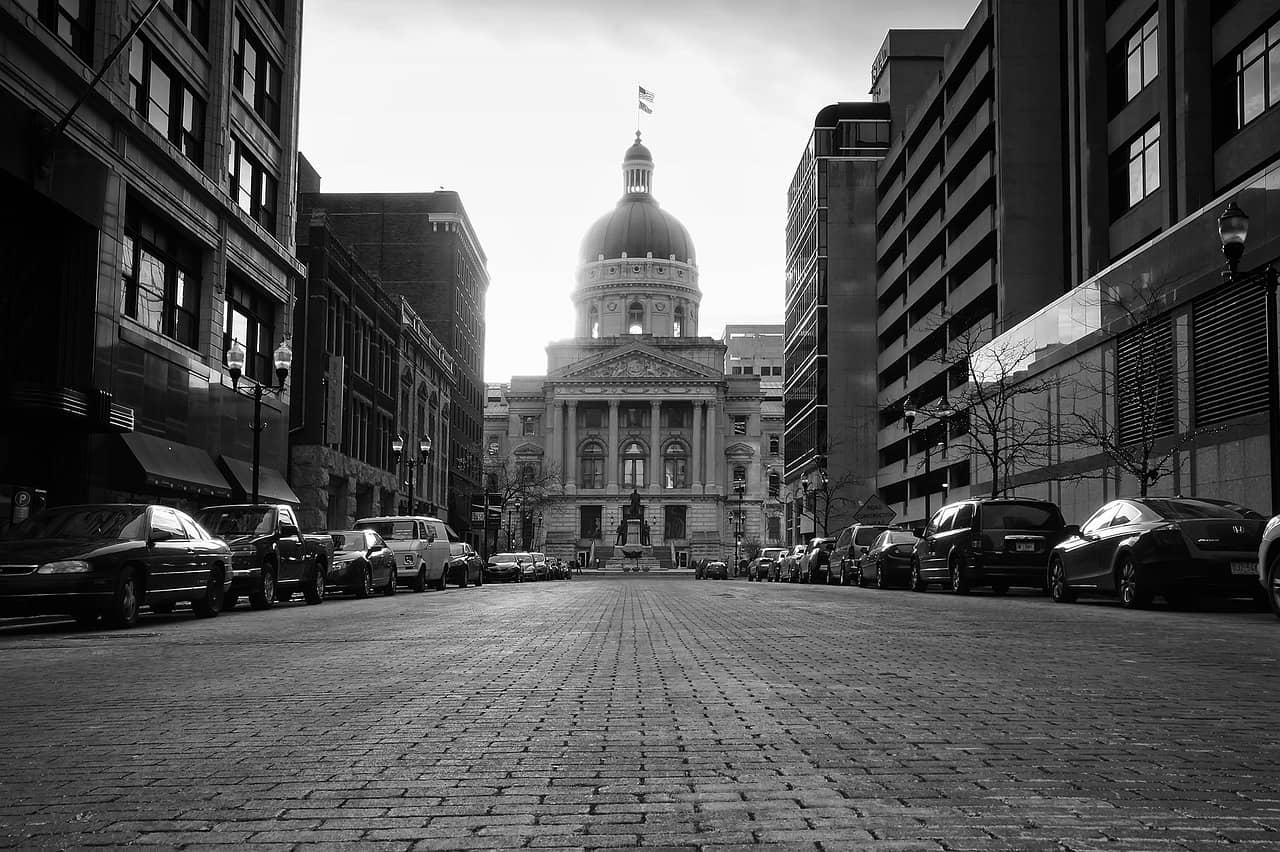 Indianapolis is one of the largest cities in the Midwest. It is home to the Indianapolis 500, a car race held annually, which is the world’s largest single-day sports event. Just like any large city in the US, Indianapolis has a good nightlife and plenty of activities for visitors to do. When it comes to cannabis, Indiana is fairly strict, and any amount of weed on you could get you in trouble.

Indiana has pretty strict laws when it comes to cannabis possession, sale, and cultivation. If you are caught with any amount of marijuana, you risk up to 180 days in prison, or 1000 dollar fine. In practice, there is a distinction being made between carrying a couple of grams and a few ounces. However, even for a very small amount you might be taken in jail for a night and receive a fine. Sale and cultivation are also heavily restricted. Even for selling or growing less than 30 grams of weed, you are risking up to 1 year in prison and a 5000 dollar fine.

Indiana can be very harsh on weed users. It is best to never carry weed on you and be very discrete with your smoking. Even small quantities of weed can get you in a lot of trouble.

There are not many street dealers in Indianapolis, or at least not many in the neighborhoods that are safe. A good place to start looking for weed is Broad Ripple, a cool, laid back neighborhood with hippie vibes. There are a few headshops there where you can ask, or just ask the people that are partying there. Usually, someone will have a hookup. The price of weed can depend on the quality, but you can expect to pay 5 dollars per gram for the middle range stuff and 10 dollars a gram for the good stuff.