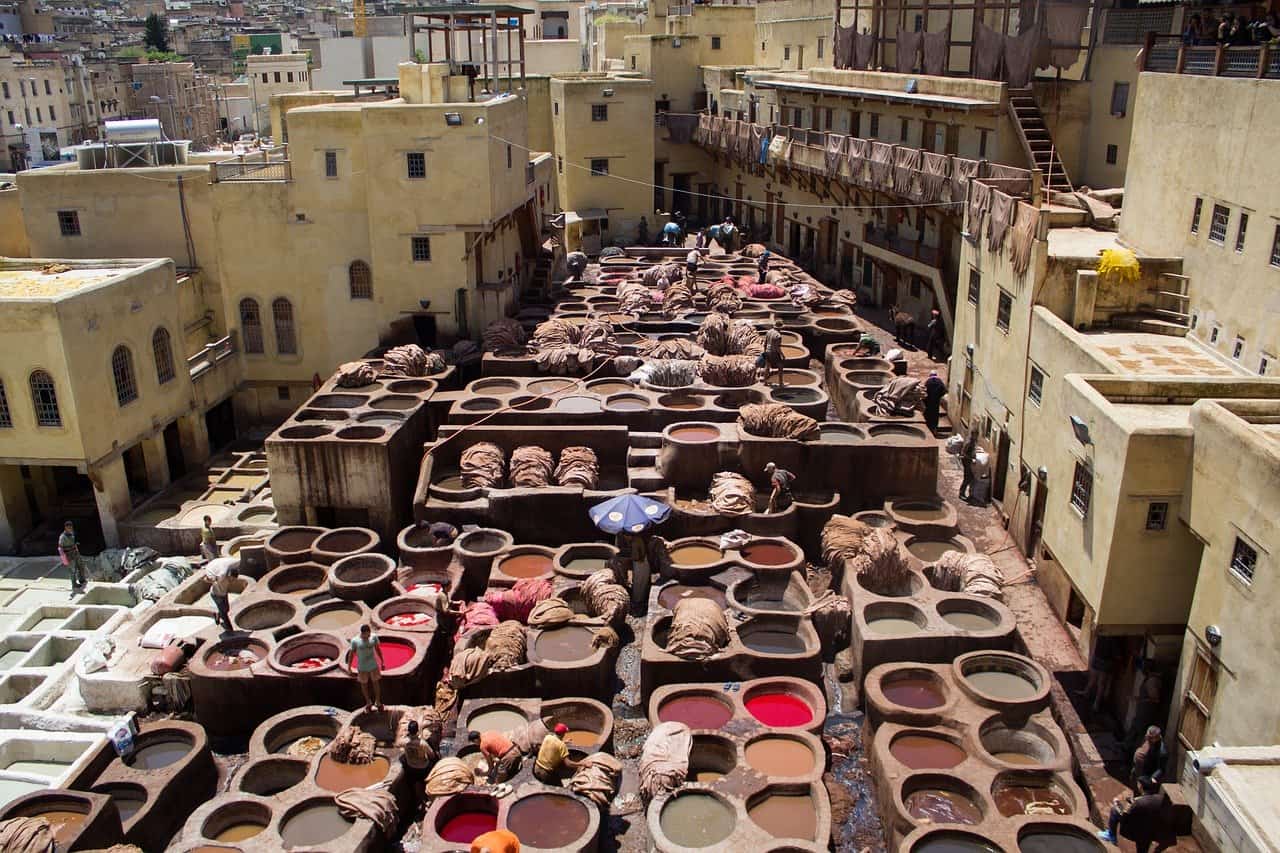 Fez, or Fes, is the second-largest city in Morocco. It’s an ancient city, with a lot of history and things to see. It’s also very walkable and exploring while high is a great experience. Cannabis, or rather hashish is illegal in Morocco but tolerated. Keep on reading for the full breakdown of the cannabis situation in Fez, Morocco:

Morocco has an old and interesting history with cannabis. A lot of the world’s hash is made there and traditionally Moroccans have been enjoying hash in water pipes. However, the laws actually state that cannabis and hash are illegal, with the penalties being very harsh. Theoretically, you could go to jail for years, just for smoking or possessing weed. However, you are very likely to get away with a warning, or a bribe. There are also many cafes where smoking hash is tolerated and the owners likely have a deal with the police.

You certainly don’t want to traffic hash across country borders, but within Morocco, the risk isn’t too high. Definitely be discreet and careful with your weed smoking and try to avoid cops at all costs. If you do get in trouble, try to ask to pay a ‘fine’, but keep in mind that some tourists do end up in prison for cannabis in Morocco, so smoke at your own risk.

Getting weed in Fes

You won’t have much trouble getting something to smoke in Fes. Hash is sold pretty much in the open. Once it starts to get darker dealers come out and will offer to sell you. Just take a stroll around the more touristy parts of town and you’ll be asked to buy hash. Otherwise, just approach a local man and ask for kif or hash. Most of them will either sell you outright, or they will point you in the right direction. Be careful with what you buy, as sometimes the dealers might try to rip off tourists. Always take a look at the hash before paying.