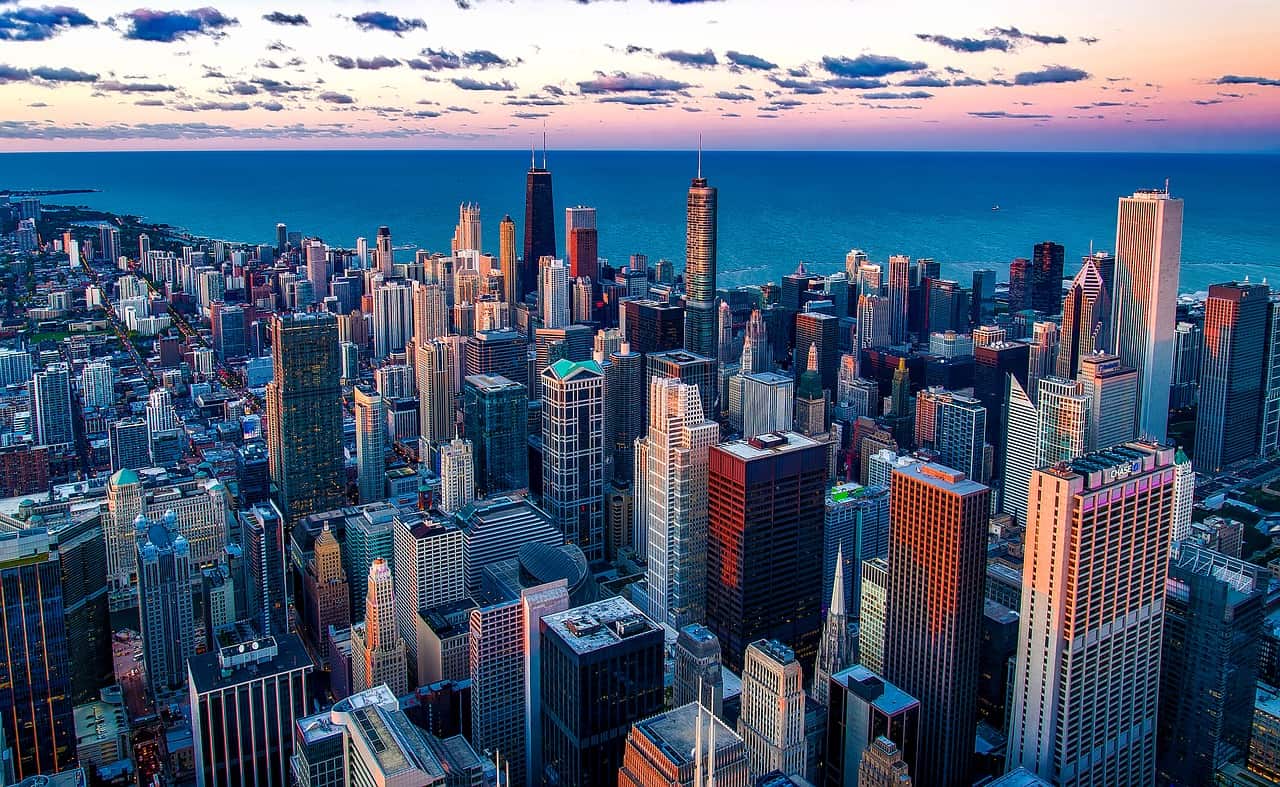 Chicago is the third most populous city in the United States and the most populous in the Midwest. The city is the birthplace of skyscrapers, nowadays the downtown area is dominated by high-rises. Chicago is also known for its stock exchange, which is the worlds largest and most diverse derivatives market. Cannabis in Illinois are fairly liberal and possession of a few grams of weed will not get you in much trouble. Read on for the full guide to weed in Chicago.

Cannabis remains illegal on the federal level in the United States of America, but each state has its own laws regarding possession, cultivation, and sale. In Illinois possession of 10 grams or less of marijuana is considered a civil violation and it will result in a fine between 100-200 dollars. There is no possibility for jail time, for such a small quantity. If you have more weed than that, however, you can get into a lot of trouble and even prison. Sale and cultivation are also illegal and can lead to very high fines as well as prison, depending on the quantity of marijuana.

It is best not to get involved with any sale or growing of weed as even selling a few grams or growing one plant can lead to a large fine and prison. A lot of people smoke weed in Chicago, but you need to be discrete about it and never have more than 10 grams on you.

There are a lot of neighborhoods in Chicago, where you can buy weed, however, a lot of them are quite dangerous. Your best bet would be to go to more hip places with nightlife and ask around there. A few good neighborhoods are Lake View, Rogers Park or Hyde Park. If you look around in the clubs you will usually see some Jamaican guys who are willing to sell. You can expect to pay about 10-20 USD per gram, depending on the quality.