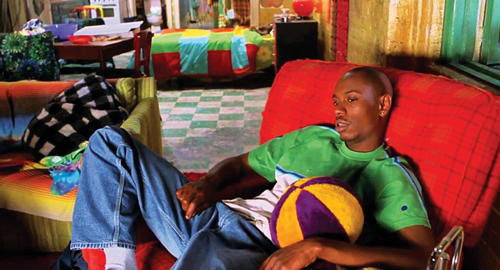 There have been a lot of movies, books, and songs that deal with weed and the people that smoke it. When you hear that someone is a stoner, a few things probably pop to your mind. Messy hair, psychedelic pattern t-shirt, and a certain stench are all associated with people that smoke cannabis. However, the reality is a bit more nuanced, and here we’ll talk more about the personality traits of stoners:

One thing that I have noticed that stoners have in common, is their love for having fun. Partying, staying late, and often drinking, all seem to be pretty common. It makes sense when you consider that smoking weed is often a social endeavor, and that stoners tend to gravitate around one another. Stoners often find themselves hanging out into the late hours of the night, sharing joints, watching movies, listening to music, and talking. Weed is also a great social lubricant, like alcohol, but much more chill. So, when you find out that someone is smoking weed, don’t assume that they are lame and anti-social, often it’s the opposite.

When it comes to topics that stones love, marijuana legalization is on the top of the list. As you can imagine, this website is very friendly to the idea, but stoners can get even on my nerve when they start talking about weed. Yes, there are a bunch of good points and reasons why cannabis should be legalized. However, if you have smoke ed weed, anywhere in the world, you have likely experienced this. Stoners love regurgitating the legalization talking points and if you spend enough time with one, you are bound to hear about it.

When taking the legalization debate a bit further, sooner or later you will arrive at the psychedelics question. Most stoners are curious and friendly towards, LSD, Mushrooms, and the rest of them, but the ones who have tried psychedelics love talking about it. It’s like LSD is weed squared, and once they try it, they don’t shut up about it. Sure, it is a great drug and can lead to some interesting experiences, but the constant barrage of psychedelic therapies, ayahuasca ceremonies, and microdosing can become a little infuriating.